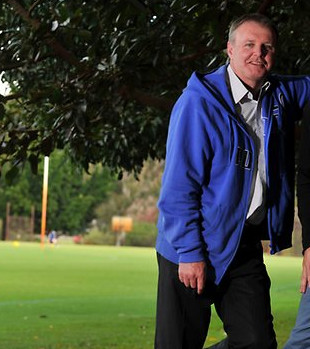 Former West Coast Eagles dual premiership player Michael Brennan could not believe his luck when he heard his name drawn on TABradio’s breakfast show today, as the winner of the WAROA Members Incentive draw for a trip for two to this year’s Tatts-Cox Plate in Melbourne.

“You’ve never seen anyone more excited on a walk in your life. I was high fiving and fist pumping when he announced my name as the winner – it was bloody fantastic,” Michael said.

Brennan, an inaugural West Coast Eagles team member was named Best Clubman in his final season in 1995 and also named in both West Coast’s Team of the Decade (1996) and Team 20 (named in 2006), as well as East Fremantle’s Team of the Century, named in 1997.

Involved in racing for 26 years as an owner, Brennan said that he had to wait until 12 months ago to celebrate his first ever city success when Mamaroochy saluted at Ascot.

“Can you believe it, but it’s exactly a year ago coming up next week that I got to enjoy my first ever Saturday winner and now I’ve won this trip to the Cox Plate,” Brennan enthused.

Congratulations to Michael as the winner of our major prize draw and our thanks to all WAROA Members for your support of our association.